The history of nails, while often overlooked, is a fascinating one. Even though nail care is now an important part of any holistic self-care routine, its origins are closely tied with the debatably unnecessary practice of showing off one's wealth and status.

Today, we're taking a closer look at the origin of nail care through a historical lens and surveying how its origins contribute to our current nail care trends.

They pioneered early make up and fashion trends like using charcoal to highlight the eyes or using berries and natural dyes to stain fabrics into luxurious colors. They also utilized henna to dye their nails red and layered 24k gold on their nails in order to reflect their wealth, beauty and status. This is the first sign of using nail plates as an expression of self in history. 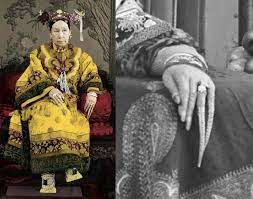 Turn the clock a few thousand years, and the trend of using nails as a sign of status and wealth had spread throughout the world.

During the Ming Dynasty in China, having long, "talon-like" nails was a sign of royalty and higher society. To achieve this look, the wealthy used egg whites and even beeswax to create their desired color and design. This was considered a statement of beauty and wisdom for both men and women.

The Elizabethan Era was one of enlightenment in the history of England. This is a time where classical ideals were in vogue, and poetry, music, and literature were embraced. Along with this new mentality, nail care became much more minimalist and simple.

In place of talon nails, the wealthy opted for clean, soft and well-groomed nails that were often scrubbed daily among the elite. Pale skin and clean hands became the ultimate status symbol, as it showed a lack of manual labor or working in the fields.

The Democratization of Nail Care — the 19th Century 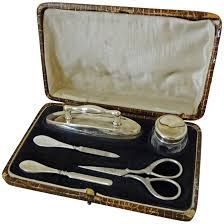 In the 1800s, nail care continued to move forward as we began to learn more about the human body. The cuticle pusher was invented by a podiatrist who saw a decrease in hang nails and ingrown nails in patients who used his new tool.

This became a must-have in all households, democratizing nail care and making it accessible to all. Additionally, women learned to color their nails by rubbing fruits and colored oils onto their nails, bringing a flare of blush and berry tones to their tips.

The Beginning of Nail Fashion - the 20th Century 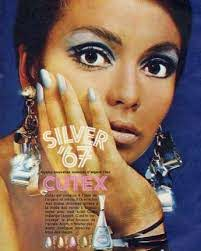 As we get closer to modern times, the creation of beauty magazines and celebrity culture brought new influencers into the fashion world. Star-studded films with women like Rita Hayworth ushered in trends like almond-shaped nails polished in red and half-moon painted nails.

Then, along with fake lashes, platform shoes, and disco music in the 1960s and 1970s, nail styles veered towards flashy extravagance with glamorous acrylic and press-on nails.

Now, there is more variety than ever. With access to all the trends and looks from the past 5000 years, there are no limits to what we can potentially do (or not do) to our nails. But we think nail wraps are a great way to go.